*****NO SHIPPING TO DESTINATIONS OUTSIDE THE UNITED STATES*****

Below is a listing of the current publications available for purchase from the Society. Prices shown include tax and shipping/handling. Click on “Mail in Check” to go to the form to purchase by mail. Click on the Paypal link to purchase online. Be sure to select Member or Non-member as reflects your status.

NOTE: Due to the high cost of international mailing, we are unable to sell and ship publications internationally via Paypal.

Enjoy for the first time the full story of George Keller (1897-1960) and his transition from college art professor to nationally-known wild animal trainer. The book contains new information on his life and career as a teacher, is far more detailed than his 1961 autobiography, and clears up many old myths, some of which came from Keller himself. It is a trip back in time, a journey to a different Bloomsburg and a different era, when a small-town boy could dream of a life in the circus and make it a reality. 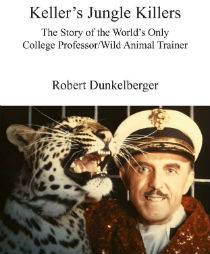 Subtitled: Letters From Local Participants In The Great War, the book is a compilation of letters that soldiers, sailors, flyers, and nurses wrote home to their families and which were then subsequently printed in one of several Columbia County newspapers. The letters give first-person accounts of the various phases and aspects of military service during the war, from training, to “crossing the pond,” to trench life, as well as battle stories full of danger and horror from the men reporting on their experiences “in the fray.” You’ll also read about how “the boys” reacted to the welcome news about the armistice, and about their post-war occupation service along the Rhine River in Germany. Included are letters from men (and a few women) from all the branches of service and representing various military specialties. Author Mark Fritz has supplied many sidebars and explanatory text to help put the soldiers’ letters into the larger context of the war overall. The book is 230 pages with hundreds of photos, posters, paintings, maps, and many other types of illustrations. 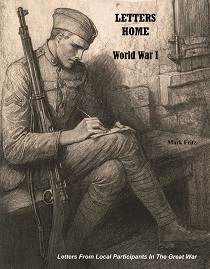 By Steve Varonka with illustrations by Leslie Young

Historical fiction that looks at life during the Molly Maguire turmoil. Set in 1875 Mahanoy City, Schuylkill County, Steve takes us through a thrilling conflict between Irish, Welsh, English and German Americans in a frontier atmosphere that was the anthracite coal fields of Pennsylvania. 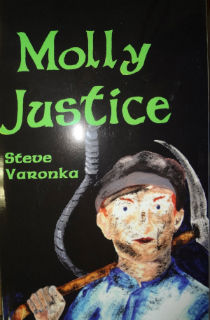 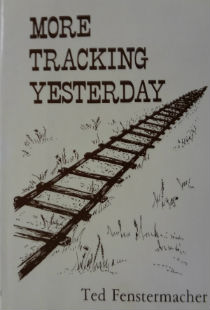 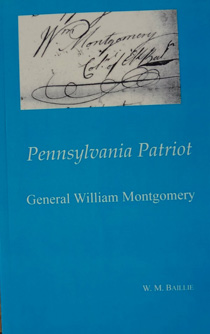 Pioneer Families Of Northern Columbia County, Pennsylvania: Articles By Kenneth Yocum And Others

In the mid-1930s Kenneth Yocum wrote a series of articles about early families that settled mainly in the northern part of Columbia County. This work is an important contribution in doing genealogy research in Columbia County. There is an index to all the surnames cited in the book. 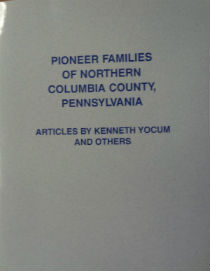 A detailed biography of the circuit-riding Columbia County Presbyterian pastor who became the leading property developer and civic booster in Bloomsburg during a half-century career. 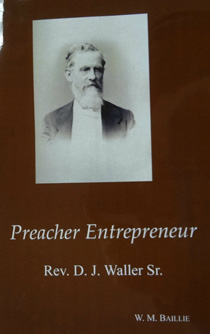 The story of a man, his profession, his town and his times as told by the doctor's receipts. What was it like being a doctor in two small towns in the Susquehanna Valley from 1882 to 1929? Read this book to see what his receipts reveal about his profession and his family and lifestyle. 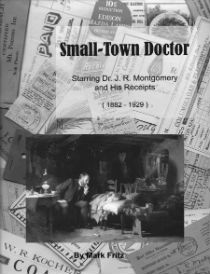 Some Prolific Letter Writers of WW-I

Mark Fritz, editor
The 11 prolific letter writers in this book were local Columbia County “boys” who served in World War I. They wrote home dutifully to their parents and to their hometown newspapers, from which these letters have been culled. A follow-up to the previously published Letters Home-WWI, this book presents more letters by fewer writers, thus providing a more in-depth look at the experiences of a few (11). Readers get to follow these guys’ military careers from training to “crossing the pond” to trench life to battle stories about time spent “in the fray” to armistice celebrations and occupation duty along the Rhine. These letter writers were often honest and forthright, sometimes eloquent, and sometimes humorous. Readers will get so much detail that they may feel like they know these men by the time they finish reading their personal letters. Here are century-old documents, first-person accounts of the war to end all wars. 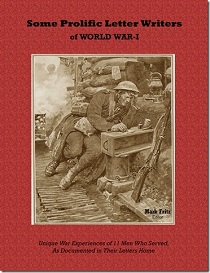